Nursing home residents can talk to relatives via television

A small Aarhus company has made a simple solution so that nursing home residents can communicate with their family via the resident's television.

It has gradually begun to open up so that nursing home residents can see their relatives again despite COVID-19 outbreaks.

But many relatives are probably still unsure whether they will infect their elderly family members if they visit them in the nursing home.

A small new company in Aarhus has invented a solution where nursing home residents can communicate with their relatives without risk of infection and without operating a smartphone or tablet.

- It is high-tech for low-tech people, says inventor Mads Søndergaard to TV2 ØSTJYLLAND. The company Videolink has developed a small computer that is set up at the resident's nursing home together with a webcam, and via a link, the relatives can call the resident whose television turns on automatically.

The idea came to Mads Søndergaard, who calls himself an Ole Inventor, a year and a half ago. And right now he sees it working in a nursing home, where he and a partner are testing it out and fine-tuning the final details. - My overall goal is to make them happy, says Mads Søndergaard.

- We want to limit loneliness and deprivation out here. But the solution can also be used so that the elderly can get rehabilitation over the television screen.

Will make a difference

He invented the technology long before corona became a word everyone in the country used. But now he feels that his invention makes even more sense.

- I think it's such a shame. The elderly believe that their relatives are gone and that they are being forgotten. It's awful, he says.

Just before the COVID-19 crisis broke out, the company conducted their first test on two residents of a nursing home in Egå, and according to them it was a great success. The two residents are now testing the concept for a month, and then evaluate the people behind the Videolink system.

- There was a lady in a nursing home who we tested with. Her son called while he was renovating her old house, which he has taken over, and he showed her around the house via his phone. She sat and cried with joy. And we have had several such reactions, says Mads Søndergaard.

You can not yet buy the technology anywhere, but they are working to get as many as possible made, and then they imagine that you will be able to rent the equipment for 99 kroner a month, just like with a mobile subscription.

The goal is for all nursing homes in Aarhus to receive the technology, and in the even longer term they hope to be able to spread it to the whole country. 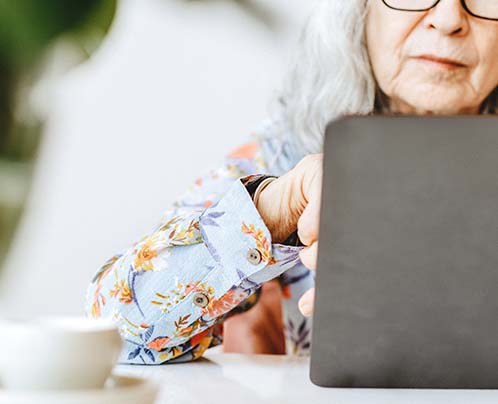 Shopping Cart
We use cookies on our website to give you the most relevant experience by remembering your preferences and repeat visits. By clicking “Accept All”, you consent to the use of ALL the cookies. However, you may visit "Cookie Settings" to provide a controlled consent.
Cookie SettingsAccept All
Manage consent

This website uses cookies to improve your experience while you navigate through the website. Out of these, the cookies that are categorized as necessary are stored on your browser as they are essential for the working of basic functionalities of the website. We also use third-party cookies that help us analyze and understand how you use this website. These cookies will be stored in your browser only with your consent. You also have the option to opt-out of these cookies. But opting out of some of these cookies may affect your browsing experience.
Necessary Always Enabled
Necessary cookies are absolutely essential for the website to function properly. These cookies ensure basic functionalities and security features of the website, anonymously.
Functional
Functional cookies help to perform certain functionalities like sharing the content of the website on social media platforms, collect feedbacks, and other third-party features.
Performance
Performance cookies are used to understand and analyze the key performance indexes of the website which helps in delivering a better user experience for the visitors.
Analytics
Analytical cookies are used to understand how visitors interact with the website. These cookies help provide information on metrics the number of visitors, bounce rate, traffic source, etc.
Advertisement
Advertisement cookies are used to provide visitors with relevant ads and marketing campaigns. These cookies track visitors across websites and collect information to provide customized ads.
Others
Other uncategorized cookies are those that are being analyzed and have not been classified into a category as yet.
SAVE & ACCEPT
0
0
Your basket
Your cart is emptyBack to Shop
Keep shopping